Actually I can’t believe that Popcorn Chicken is an actual thing. For those of you lucky enough not to have encountered this disgusting idea, it may come as a relief to learn that the thought of it is more horrible than the thing itself, which is innocuous. It is basically small scraps of chicken aggressively salted and battered and then deep fried. It is, like chicken fingers, merely a food with an extremely unfortunate name.

We have been running incubators in our apartment to hatch chicks. We used to do it the natural way, you know when a hen gets broody and sits on about 20 eggs and gets nasty when you try to move here. The thing is, once the chicks hatched (rarely more than half the eggs, for us) the other adult chickens would attack them and eventually they all ended up dead. This was a huge turning point in my relationship to our chickens. I mean, I grew up watching cartoons with motherly hens wearing aprons showing their chicks what’s what, so I was unprepared for this descent into the harsh realities of nature.

Ali’s approach to this problem was to suggest that we get an incubator, but I couldn’t see it. Why buy a machine to do what an animal could do just as well? We could separate her from the flock to raise her chicks. Well, we tried that and ended up with a hen that had nowhere to go once she lost interest in her chicks after three weeks because her old coop-mates wanted nothing to do with her. So I relented and we got the incubator. 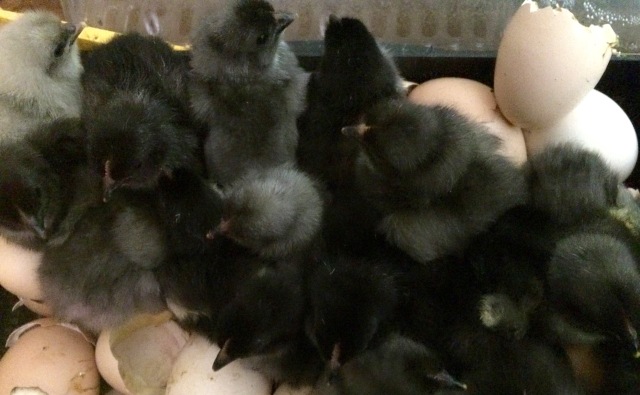 And that is how chickens became the fastest growing aspect of our garden life.

We got chickens in the first place almost by accident; some friends brought us our first group – a rooster and three hens. We had one little coop and we didn’t let them out for the first year because we wanted to protect the plants. Then we realized that chickens are great pest patrollers and that they are particularly fond of eating scorpions, which we had plenty of, to our dismay (and ticks too – the first year was pretty horrific. I even saw a tick crawling on the wall. And it was moving fast!). So from then on our chickens have ranged free and we have caged in our flowers and vegetables, creating chicken-wire perimeters around vegetable and flower beds.

Soon we outgrew our first incubator and got a bigger one. The smaller incubator became the hatchery, where we would move the eggs on day 18. Because here’s the thing: eggs hatch on day 21 like clockwork. Which brings me to popcorn chicken.

Chicks can live for two days after hatching without eating a thing, because they hatch with some yolk stuck to them (and they will peck at one another to get at it, which made me nervous but nothing came of it). That’s why you can order chicks in the mail. And they can stay in an incubator for up to 24 hours after they hatch without suffering any ill effects. Anyway, you can’t really take them out until they dry off – they hatch wet and scrawny looking and will catch a chill if they are taken out into a drafty cage right away. You want to move them when they are fluffy, like the chicks you would imagine. 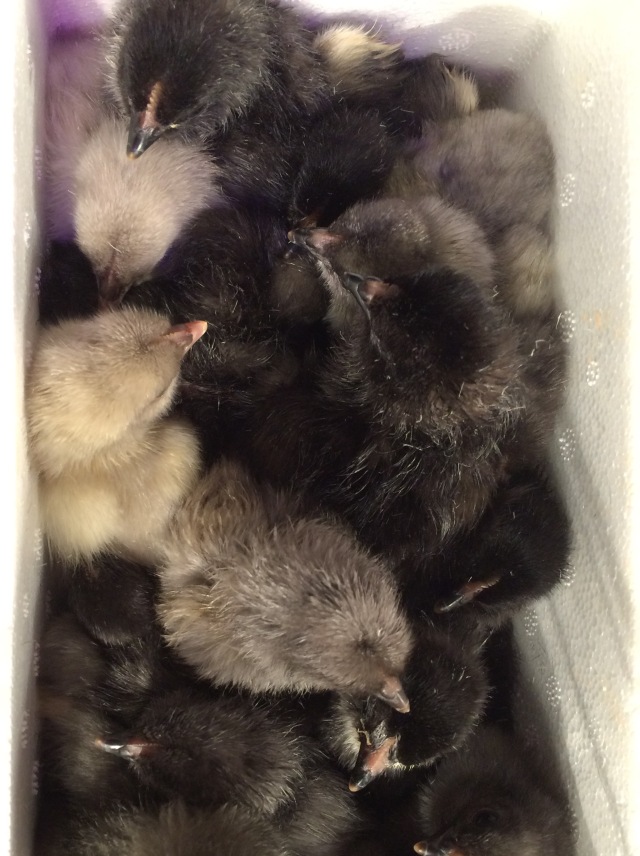 Sometimes the chicks hatch while we are in the garden and we get there 12 hours or so after the fact. If it is light out and the chicks are energetic, they all cheep like mad and when we lift the lid of the incubator they start leaping about and if you are not careful they will spill out on to the table. 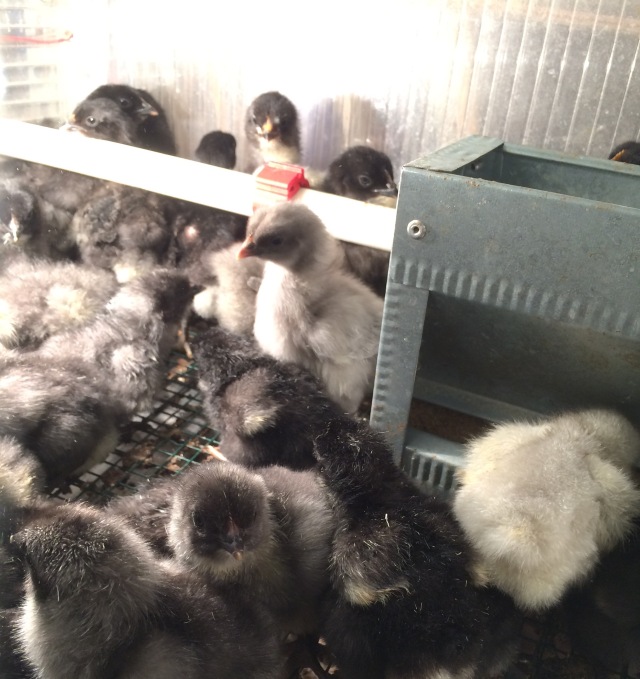